The leading specialists in the field of management and leadership have different views on this issue.

Some argue that the organization is not effective and successful without this leading position. The team should be headed manager to oversee and monitor its performance. For those followers is in effect saying, “When the cat is gone, the mice make the banquet.” (Saying No to Self-Managed Teams: Why You Need Managers) .

On the other side of the coin are experts who argue that this view is outdated, and new developments require a change in this view. They stop and self-discipline of employees, arguing that officials want to keep the job even without the manager will be effective.

Both theories are true. I would not say that without Manager  organization would be ineffective, but I and agreed that the team needs a manager. Driven by the above I would like to dwell on the problem of what should be the role of the manager.

The biggest challenge for managers is to build a good team. Team that is sure his manager and trusted him unconditionally, then it can say that the organization has won with such and such a team manager. The role of the manager should not be police or bordering on tyranny, controlling or too friendly. It should be more parental and teacher. To help build self-discipline and self-control in employees. Be helpful and assist.

« Restaurant manager – How to find perfect candidate (Part I) (Previous News)
(Next News) What are the main mistakes that allowed each manager when starting a new job? » 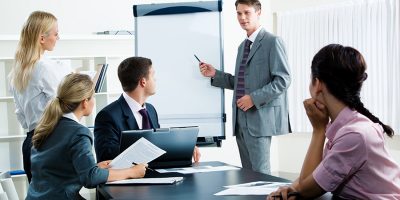 About a month ago, a company with few outlets for groceries, contact with me toRead More